Once bitten twice shy, this does not apply to Zimbabwe, who are likely to face two epidemics of cholera in just about 10 years. This has put not only Zimbabwe into fear, but Africa as a whole.
The current outbreak which was detected earlier this month in a township outside the capital of Harare has led to a cholera emergency declaration in Zimbabwe’s capital after over 20 people died from the disease. This has led to fear of a repeat of the 2008 outbreak that killed over thousand citizens.

According to Aljazeera, ‘the government is saying that it is doing what it can, but says it is hindered by the current economic crisis. The opposition blames the lack of resources on decades of corruption and mismanagement.’ On Sunday, the state media confirmed that 28 lives have been claimed already. So far, at least 3,000 cases of cholera have been reported.

“Although I cannot say we have contained the disease as of yet, we are moving swiftly in all provinces of the country,” health minister Obadiah Moyo told the state-owned Sunday Mail
As a precautionary measure, authorities have banned public gatherings in the city.

The World Health Organization (WHO) announced that it was expanding its operation in Zimbabwe to help the government combat the outbreak. In a statement released, the organization will also help by providing cholera kits. These kits will contain oral rehydration solution, intravenous fluids and antibiotics to cholera treatment centres. A cholera surge team will also be formed.

Cholera is an infectious disease that causes severe watery stool, which can lead to dehydration and even death if untreated. It is caused by eating food or drinking water contaminated with a bacterium called Vibrio cholerae.

You are likely to get it through; municipal water supplies, foods from street vendors, vegetables grown with water containing human wastes, raw or poorly cooked fish, seafood polluted with sewage etc.

You can protect yourself by using boiled water, bottled water or water that has been chemically disinfected. Also, avoid raw and under-cooked foods/ fish.

Cholera is a serious condition and can claim a lot of lives if not dealt with effectively. Seek medical attention if you develop severe diarrhea and vomiting. We wish our neighbors from Zimbabwe well and hope they pull through. 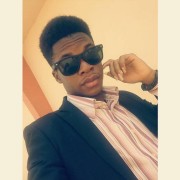 Medical personal, health advocate, blogger and one of those who want to leave an indelible mark behind.

Why you should have a First Aid Kit handy

These conditions will increase your risk of a stroke

How to Choose a Mattress, According to Science – 9 Factors to Consider